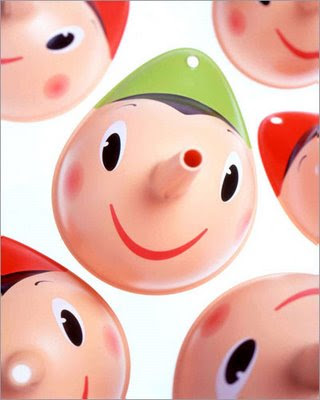 Puppetmaster friend George Latshaw turned me on to this item many years ago as he knew I'd need it for my collection... 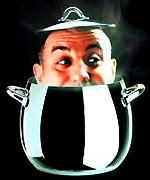 Born in La Spezia in 1954, Stefano Giovannoni has proven himself as an architect and designer for the ages. With an explosive talent that enables him to embody complex systems within his projects, he has won many awards for his unique and functional designs. Of the most recent, he has been named the best "Super & Popular" designer of the 2000's. In each of his many pieces, Giovannoni has perfected the necessary symbiotic relationship between aesthetic and functional design for Contemporary and pop culture appeal. Here Giovannoni has perfected the idea of functional kitchen items as artwork, bringing a touch of the future to your everyday tasks. The funnel is made from thermoplastic resin with a fun and interesting painted design that turns your common funnel into Pinocchio's face - elongated nose and all, making it a truly unique and one of a kind piece.
Designed by: Stefano Giovannoni 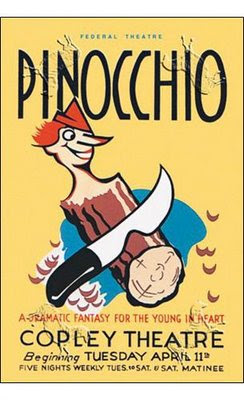 CSN has this item for sale... 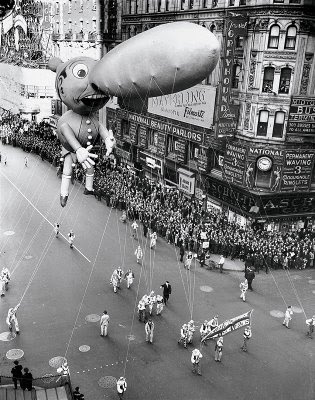 Nicomar sent me the link to this masterpiece photo of a giant Pinocchio Balloon in the Macy's Thanksgiving Day Parade in 1937.
Wondering if this was a Tony Sarg creation? The period and the style are about right...
Also, I'm trying to figure what corner the balloon is passing by? Should I assume that grehound Buses departed from the same block on Eighth Avenue that they depart today?? If so, then the signage would indicate it's somewhere around 39th to 42nd Street. Probably on Broadway?
Any thoughts, leave them in the comments to this post, please.
at 9:58 AM

This is Gris Grimly's Pinocchio Geppetto's Workshop Cellar Edition from Wheaty Wheat Studios. Limited Edition to 500. (Not to be confused with the identical color version limited to 1,000)

"The CELLAR EDITION of the first diorama
from the Gris Grimly's Pinocchio series.
Based on the book Pinocchio illustrated by Gris Grimly,
this collectable piece is made from cold cast
resin and comes with movable metal tools and rat.
Comes in a black box with Gris Grimly art printed
in silver on it. By Wheaty Wheat Studios.
Limited to 500. Black and white. 7" tall." 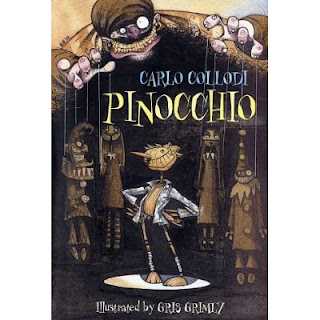 "A new version of "Pinocchio" is on its way to the big screen -- this retelling of the classic fairy tale will be produced by The Jim Henson Company, co-directed by acclaimed children's illustrator Gris Grimly and executive produced by renowned director Guillermo del Toro (Pan's Labyrinth, Hellboy, The Hobbit).

"The Jim Henson Company's adaptation will be done produced as a stop-motion animated feature film. Brian Henson, Lisa Henson and Jason Lust will serve as producers on the project, while Guillermo del Toro will assist with the writing and producing duties.

"The aim of the project is to make a darker retelling of the famous fairy tale about the wooden puppet who dreams of becoming a real boy. Based on the 2002 children's book illustrated by Gris Grimly, when Pinocchio comes to life, the puppet turns out to be not such a nice boy after all. Pinocchio enjoys nothing better than creating mischief and playing tricks. As he discovers, being bad is much more fun than being good -- for a while, anyway. Happily for Pinocchio, he learns that there is much more to being a real boy than just having fun. 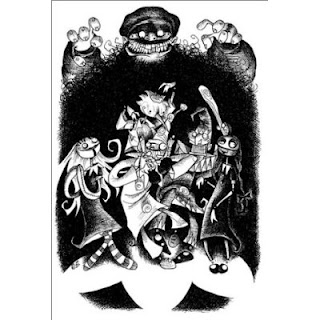 "Guillermo del Toro commented on the production in a recent interview stating, "We are trying to get a full stop-motion version of Gris Grimly's Pinocchio off the ground, with the Jim Henson Company. The idea came from Gris, and everybody loves his book about it. The original story is far more perverse and spooky and semi-necrophilia vibe to it in certain aspects. Gris certainly has that vein in him, he wants to do this with that original spookiness in it, we are trying to get it going. The Jim Henson Company is behind it and we are currently working on the screenplay!" He added that it might take up to three years to finish the project its entirety (as producing a full-length stop-motion film takes time), so it's unlikely that we'll be seeing this film hit theaters in the next few years.

"Gris Grimly will be co-directing the epic along Adam Parrish King, whose "The Wraith of Cobble Hill" won the short filmmaking award at the 2006 Sundance Film Festival and was nominated for an Academy Award. I will be sure to keep you updated as soon as more information on this exciting new film becomes available".

Yes, I have the book in my collection already.
at 5:54 AM