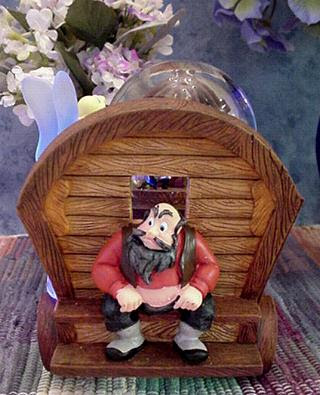 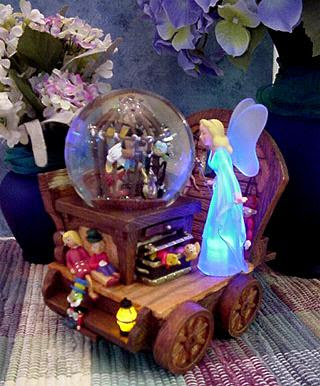 Discovered this on a site called Neverland today. Had never seen it before...

The fairy and the lantern light up apparently...

Pinocchio Blue Fairy Snowglobe
This snow globe depicts the scene from the movie when Pinocchio has been locked in the bird cage by Stromboli. The illuminated Blue Fairy is talking to Pinocchio and he's telling stories, all of a sudden his nose grows longer and longer and longer ... until a birds nest full of birds is perched on the end.
Jiminy Cricket is sitting on the edge of Stromboli's cart with many of the puppets. The lantern on cart illuminates too. Stromboli is siting on the front of the cart.
Plays the Tune: "I've Got No Strings"
Size: H x L (inch): 7" x 7"
at 3:22 PM